Time to re-calibrate our ethical compass

The recent looting by the highest rankings of public officials calls for the ‘recalibration of our moral and ethical values’.

To empower as many people as possible with knowledge on the concepts of ‘Ethics’ we have posted the fundamentals  of ‘Ethics’ on our website.

’I did not struggle to be poor’

In 2004 Smuts Ngonyama’s said ’I did not struggle to be poor’  defending his participation in a Telkom BEE share scheme which, after the sale of the government’s shares, would have netted him up to R160 million. Since then there have been many more such deals which have made the ANC’s elites fabulously wealthy, never mind the looting from impoverished municipalities.  Many cadres today are living testimony of Smuts Ngonyama’s  statement. — Editorial The Star Aug 5, 2020.

After President Cyril Ramaphosa’s supporters called for party leaders to discourage their family members from doing business with government entities there were revelations that family members of prominent ANC politicians were some of the biggest beneficiaries of Covid-19 personal protection equipment contracts amounting to hundreds of millions of rand.

Presidential spokesperson Khusela Diko’s husband and wannabe king Thandisizwe had tendered for a R125m contract to supply PPE to the Gauteng Health Department. Although her husband says he was never paid, the scandal forced Diko to take leave from her position.

The ANC has fallen far short of what its founders envisioned in 1912. The ANC and its supporters might have once considered the ruling party a glorious movement, but those days have long passed. In any other country, the figures would bring about political upheaval, even a revolution.

The ANC had an opportunity to right a floundering ship but, instead, according to reports, the national executive committee meeting descended into whataboutism.

Overview of ethics for companies and employees

– Ethics: The history of the principle

We encourage employers, government and community leaders to identify and  promote ethics and developed an ‘Ethics Award’ badge.

– The basis of the employment relationship

– The core labour standards as prescribed by the ILO

– Responsibilities of the company

– Rights of the company

– Rights of the individual

– Responsibilities of the individual

Code of business ethics and conduct for good corporate governance

– Purpose of a code of ethics

– Is an ethical code compulsory?

– Role of a code of business ethics and conduct

– Use of information technology

– Purpose, values and impact on the business

– The board actively manages the company’s ethics performance

– The board’s commitment and endorsement to an ethical corporate culture

The launch of ‘Ethical Advocate’ award  coincides with the publication of COFESA’s ‘Code for Business Practice’, and as part of our ‘Code for Fairness and Productivity’ which has been published since 1990 to give guidance for employers  on labour relations and labour law.

COFESA has designed this award to promote ethical practices  and to reward persons who remain true to their moral compass of proper ethical behaviour, exemplary character, and personal integrity and who lead by example. The Code assists management to draw up their own ethical code and helps to create a culture of ethics and integrity in the workplace.

The “Code for Business Practice” guides management to fulfill their roles as ‘Ethical leaders’.

Corporate leaders and business owners are now rated in terms of ethics, integrity, due diligence and their ecological responsible practices.

The law requires management to demonstrate in the running of a business that they took “reasonable diligent steps to become informed about the matter at hand”, (due diligence)  and that they acted with “a rational basis of believing that the decision was in the best interest of the company”. (accountability)

The Code guides management in how to create a culture of ethics and integrity within the organisation based on a foundation of sound job descriptions for directors and management and prevailing legislation, such as the Consumer Protection Act, Procurement Guidelines, the Companies Act, the King Reports, the SADEC Code for Corporate Governance.

It address such issues as: What is the purpose of a code of ethics? What is the difference between ethics, morals and public opinion? Is an ethical code compulsory? What is the role of a code of business ethics and conduct? Ethical behaviour goes beyond the Company’s Disciplinary Code and Procedure which deals with the minimum standard of conduct that is expected of each employee, officer and director.

It further covers ethics for companies and employees, integrated reporting guidelines, fair trade practices, environmental ethics, international conventions relating to labour standards, the corporate value system and a good faith commitment of the company and its employees to the corporate value system, the basis of the employment relationship, the core labour standards as prescribed by the ILO, the responsibilities of the company, the rights of the company, employer obligations, employee obligations, the rights and the responsibilities of the individual.

It also deals with how to handle conflicts of interest between the company’s interest and personal interests? How and what should be declared? such as accepting gifts or gratuities from customers or suppliers, dealing with close family or friendship relationships with suppliers or competitors, doing private work for another company while being employed by the company, divulging information to third parties which is of a confidential nature, or which can harm the company? Employees, officers and directors are prohibited from benefitting from company information for themselves or for relatives.

General principles regarding gifts and favours

All gifts or favours that are accepted must be recorded in a Gift Register. (This includes all invitations or offers to the value of more than R1 000,00).

Potential conflicts of interests must be avoided as situations could interfere with an individual’s ability to make sound judgements that are solely in the best interest of the company, thus creating the perception/appearance of a conflict of interest. No-one should do business on behalf of the company with personal friends or relatives without the prior written approval of the Managing Director/Board.

Use of information and technology of the company?

The Code covers the management of  “Confidential Information” such as the identity of the company’s customers and suppliers any non-public information concerning technology formulae, results of research and development, pricing structures and formulae, and the obligations under the POPI Act.

If a claim arises, action can be taken against all or any one of the company’s employees for breach of fiduciary duties, such as personal advantage; not acting in good faith; not acting with the requisite care, skill and diligence; breach of fiduciary duty; acting without proper authority; reckless trading, or trading under insolvent conditions, fraudulently, or negligently, etc.

Sexual harassment and bullying in the workplace

The disturbing  phenomenon of sexual harassment and workplace bullying needs to be managed in terms of your Code of Ethics.

Reputations of high profile executives and the business ‘brand’ can easily be destroyed by unethical behaviour of a few individuals.

Managing your risk for personal liability:  Directors and management can be held personally liable for unlawful or negligent business practices and fined or imprisoned for a period of up to 10 years or to both a fine and imprisonment if convicted of an offence .

Civil litigation:  Financial damages can be claimed directly against ‘delinquent’ directors and management.

THIS CODE WILL HELP PROTECT YOU AND YOUR BUSINESS AGAINST SUCH CLAIMS!

With this award we honor those committed to ethics and justice in a time when law and order are under severe strain.

Let us remain true to our moral compass of ethics, character and integrity and lead by example. 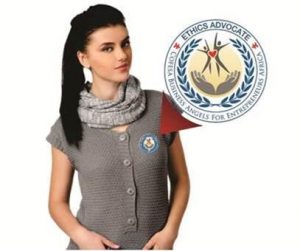 Your proud display of the Ethics Badge shows commitment to Ethics.

Should you have, or know of some-one, whom you feel deserves to be recognized for displaying ethical behavior, please contact COFESA on  info@cofesa.co.za  for a badge.

Looting banks, vandalizing schools, trains, community unrest– Let us mobilize the community to do the ethical

We developed a medal, Ethics Advocate Award to award persons in the community, business, schools etc for ethical behavior as you can see here below.

With this award we honour those committed to ethics and justice in a time when law and order are under severe strain.

We network with businesses, the media, your station commander/police, schools and community leaders to identify and reward ethical behaviour.

As employers’ confederation Cofesa helps businesses (since 1990) with disciplinary hearings to comply with legislation and to maintain law and order in the workplaces of our thousands of members and advises more than 400 schools as a social responsibility.

As Confederation of Employers we assist our of members in 52 industries with HR and IR (disciplinary hearings, CCMA, etc) to maintain law and order at the workplace. Our countrywide panel of labour specialists chair up to 100 disciplinary hearings on a daily basis. As a public service we advise on HR and IR issues. We saw the need to cultivate ethics in factories, offices, farms and schools.

We aim to encourage a culture of Ethics at grass-roots level.

With this award we honour those committed to ethics and justice in a time when law and order are under severe strain.

Let us remain true to our moral compass of ethics, character and integrity and lead by example.

Ethics is the seed capital of law and order-  Cofesa